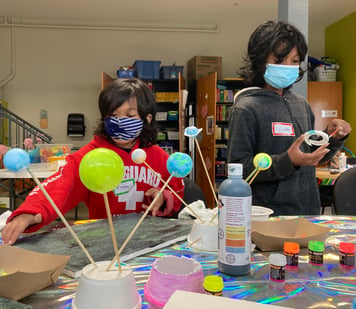 The fourth week of summer camp took our campers out of this world! This week’s space theme had the children learning about planets, galaxies, and the universe by painting our solar system, constructing rockets, and creating their very own spacesuits to prepare for their roles as future astronauts. After an intergalactic week, our campers are now ready for any space adventure that lies ahead!

The children in our Motel Voucher Program learned about our corner of the universe by painting styrofoam models to create a realistic replica of their chosen planet. They even studied gravitational forces by using red cups as an axis to keep their planets in orbit. While the planets dried, they sat back and enjoyed the Pixar film WALL-E which tells the animated story of a friendly space-exploring robot. Luckily, no LifeMoves campers were left behind in the space dust during their exploration!

At LifeMoves | Family Crossroads, kids took their 3-D crafting skills to cosmic heights! They used styrofoam spheres, wooden sticks, and cups as a base to create their own solar systems. With glow-in-the-dark paint bringing their creations to life, the planets looked to be orbiting as they levitated beautifully in every direction. To further elevate their solar systems, the campers used play-doh to mold creepy, crawly space creatures. Extraterrestrial life is unknown to even the most experienced astronauts, but our campers had some pretty cool ideas! 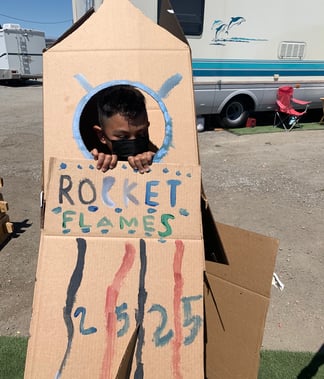 The rockets were fully loaded and ready for takeoff at LifeMoves | Redwood City Safe Parking. With just cardboard boxes and ingenuity that only true space-explorers could have, our creative campers constructed rockets ready for blast-off and customized them with paint, tape, and giant windows for optimal stargazing. Every astronaut exploring the cosmos needs a spacesuit - so campers made outfits fit for NASA to match their rockets. With their gear in tow, our campers are getting closer and closer to completing their space mission!

Interstellar activities had our campers flying high as they explored our galaxy and the wonders of space. Their fierce curiosity and propensity to learn are sure to propel them into their next week of adventures. As always, we can’t wait to see their bright smiles and crafty spirits return for a sensational fifth week of Summer Adventure Camp!

Your gift helps to keep our campers flexing their creativity, engaging with STEM-based education, and having a fun-filled summer. Support the continued success of Summer Adventure Camp by donating today:

P.S. Fill out the “subscribe” form at the bottom of the page to stay updated on what the children are up to next week! 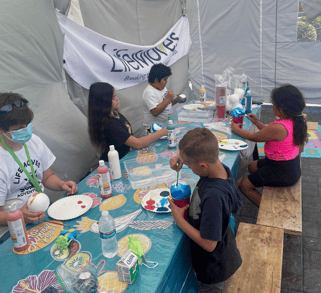 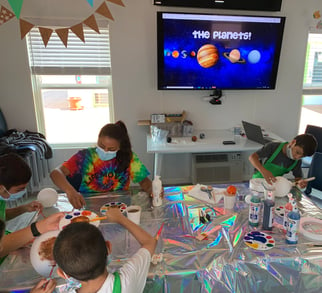 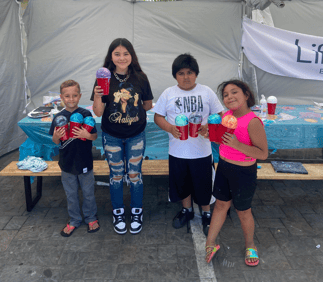 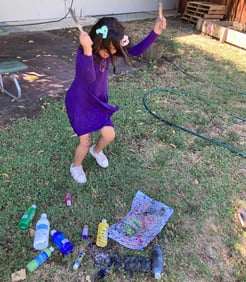 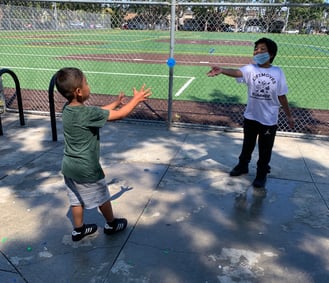 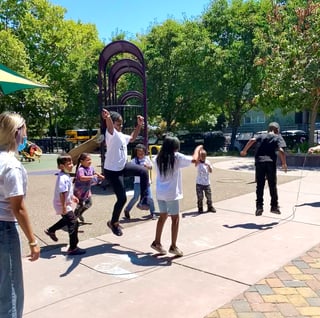 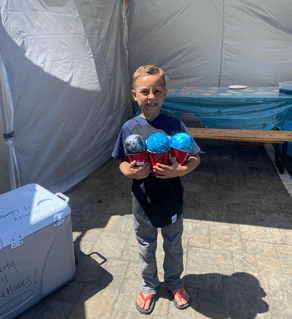