Week 2: Campers Save the World… One Hop at a Time

The second week of summer camp was a super-success! The theme was superheroes, and campers flew head-first into their activities, using mixed media to bring their super-powered personas to life. Have no fear – our next champions of the universe are here!

Children staying at LifeMoves | Family Crossroads crafted their own unique superheroes. They brought their ideas to life with construction paper, holographic vinyl, and stickers, decorating specially-made masks, capes, and crowns. By the time their costumes were complete, it was clear that they would be an unstoppable ensemble.

The LifeMoves | Villa team put their heads together to create the ultimate nemesis for their super-campers – an obstacle course! They arranged cones, rings, and other colorful objects to construct routes that became increasingly challenging as the rounds progressed. The course was no match for our warriors; they sprinted, jumped, and crawled their way to victory! During a creative break, campers also decorated the pavement with their own superhero chalk creations. 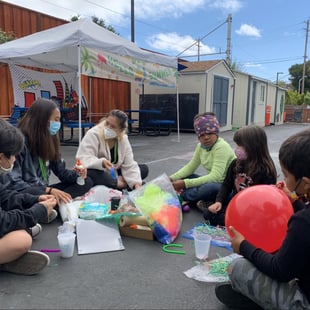 If there's anything kids love as much as arts and crafts, it's a day at the park! Campers at LifeMoves | Motel Voucher Program ventured out to a neighborhood park where they enjoyed the warm weather and cooled down with a water balloon fight. They had a blast playing outside with games like sharks and minnows, as well as a cup stacking competition – with record-shattering stacking speeds, worthy of an Olympic gold.

An egg-cellent camp tradition returned to Life Moves | First Step of Families – the egg drop contest. Kids brainstormed how to protect their eggs ahead of next week’s competition. They built prototypes of their protection devices using cups, balloons, bubble wrap, and more. There are sure to be some eggs that will survive the drop – and for the ones that don’t, there may be enough to make a recipe for the perfect scramble! In a team-building activity, campers worked together to strategize the best ways to use newspaper and tape for a tower-building competition with sky-high results.

The bigger the craft, the more you laugh! The children at LifeMoves | Motel Voucher Program giggled and smiled their way to the neighborhood park, where they worked on paper mache and tie-dye projects. They relaxed in the shade, enjoyed a book of their choice during Rocket Reading time, and even went for a slippery dive down the slip ‘n slide! 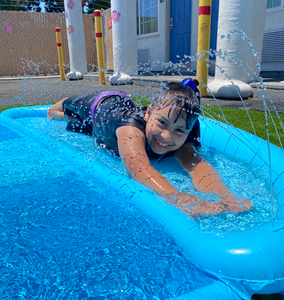 Meanwhile, the campers at LifeMoves | Georgia Travis House hopped to the beat of their own drum. They watched fun, educational videos about their favorite friendly Amphibian: the frog. Later, they got to bring the frogs to life through the Japanese art of paper folding known as origami. Concentrating closely on each step, they found the process absolutely ribbit-ing!

Like their flowing capes, the second week of Summer Adventure Camp is now behind us! We are riding the current momentum into what is sure to be a legendary third week, and, as always, we look forward to all that our campers bring to each session – creativity, bright smiles, spirit, and infectious positivity.

You can continue to uplift our campers and support the success of the Summer Adventure Camp:

P.S. Make sure you receive next week’s update by filling out the “subscribe” form at the bottom of the page! 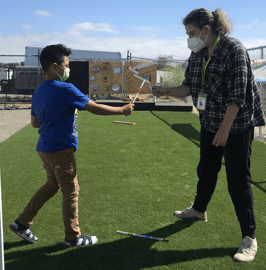 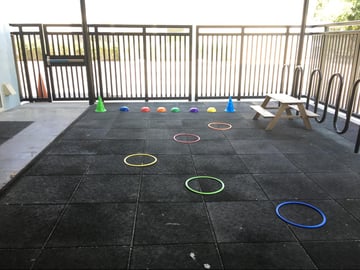 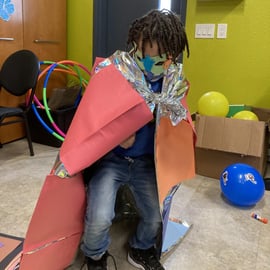 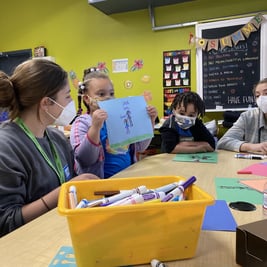 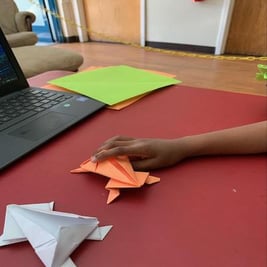 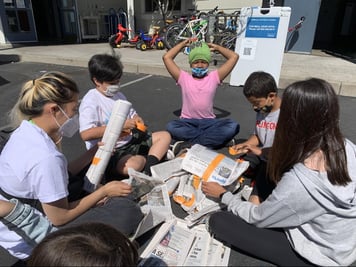 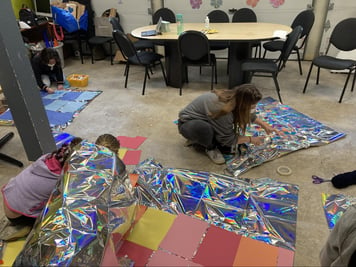